The last few weeks really haven't run to plan. We've known for quite a long time that our wee boy needed surgery for a kidney condition that was identified during pregnancy. Last September he had surgery to remove part of his kidney and we knew then that he would need a further operation to (hopefully) complete his treatment. For a while after this every time a letter hit the doormat or the phone rang we thought this would be it. Time went on, we relaxed, then at the end of May we got a call from the surgical team - could we go in on Monday? Absolutely we could!
The surgery took 5 hours, it was successful though more complicated than expected. Our poor boy had 4 catheters in place for a week - not fun! Recovering from all of this took a few weeks - far longer than expected. It was really frustrating for him, he really wanted to get up and about but had to take it easy - not something a 5 year old really cares to do!
On the Jubilee Bank Holiday Monday we had to go back into hospital after a bit of a scare. Following this we were all a bit frazzled. So we had a chat, recognised that all four of us were worn out, Sheps and I couldn't work despite our best efforts, the kids needed some proper family time - the solution? We checked with the hospital and shot up to Scotland for a break.
It was just what we needed. We stayed in a cottage over looking the sea on the Fife coast. A place we completely fell in love with.The weather was fairly good to us considering the rain we've had recently! It was a lovely few days, we visited the pandas at Edinburgh Zoo, tripped over graduates / American tourists / golfers in St Andrews but mostly spent our time rock pooling and looking for treasure on the beach. 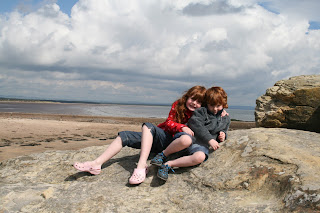 A month later things are a lot better. The children are now back at school and Sheps and I are back to work. And its good to be back - theres quite alot of catching up to do*! I have plans to develop the Meadow Garden collection. I've already completed this new pendant set, it will be in the shop soon. 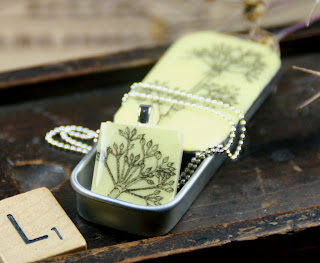 *thank you so much to everyone who knew what was going on and sent messages and thanks for your patience and understanding while waiting for wholesale orders.

I just discovered your blog and it is lovely. I do hope your little boy is quite recovered. Your work is beautiful.