This is a very late post about my first time exhibiting at a trade show. It's a very late post generally as I realise the last time I wrote anything here was January oops! But I haven't been slacking it's been a very busy few months and thanks to BCTF it's a whole lot busier now!

For those of you that might not of heard of it before BCTF is the British Craft Trade Fair. It is held annually in April at the Showground in Harrogate, North Yorkshire. I visited last year to help me to decide if I should apply and to see how the stands are set up and work displayed. I took along some samples and had a chat with the organisers, they were great, they offered me some advice, and accepted my application.

So on Saturday 2nd April Sheps and I set off to put my stand together. I'm so glad he came with me, with over 500 stands you can imagine how busy it was! I've always attended craft fairs by myself, but this is a different ball game. I was exhibiting in the Newcomers section so my shell scheme stand was 2 metres wide x 1 metre deep. Tiny. And scarily white and bare. We spent about 3 hours changing it around before we were reasonably satisfied.

Then we sneaked off to Fodder for lunch. it was very good. I can vouch for the Yorkshire wine. I know, wine from Leeds!!

Here are the pics of the stand. I meant to do before and after shots but I forgot! 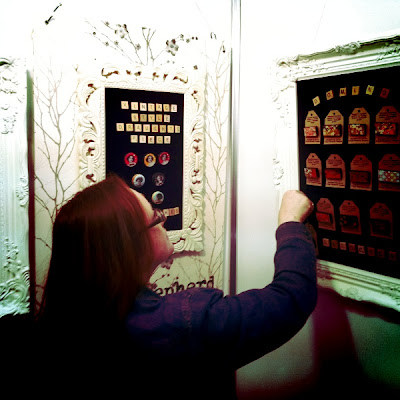 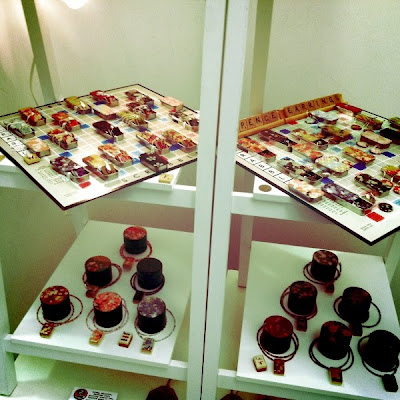 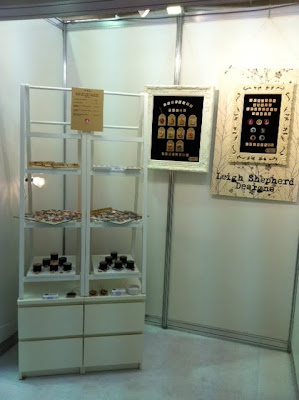 The show worked out really well for me. I took lots of orders during the event and they have been coming in since I got back. I made lots of contacts too and I will be following these up over the next few weeks. But definetely the one of the best things was meeting lots of other exhibitors. I was 3 stands down from Rachel Lucie Jewellery Designs I knew Rachel before this from attending the same fairs so we spent time having a catch up. Opposite my stand was Gabriella Buckingham from Moobaacluck a lovely, lovely lady, I just wish we lived a bit closer because I want another good natter! I really enjoyed talking with her and hope we can meet up again at some point. I also met some of the people I have been talking to / following on Twitter. I'll write more about them all next time.
I have already booked a stand for next year and have been thinking about how I want to change my display.

Email ThisBlogThis!Share to TwitterShare to FacebookShare to Pinterest
Labels: BCTF