So this two month (2 whole months!!) Summer break from my blog wasn't what I really intended. But if you have kids you probably understand the way the world needs to let you off for a bit over the Summer holiday. I'm ok with that, We'd planned in a some down time and had lots of fun stuff planned too. But things really didn't go according to plan. Our wee boy was admitted to hospital twice in the first week of the school holidays for two completly unrelated illnesses. We had quite a few doctors appointments over the following weeks. He was very soon back to his usual cheerful self though!
I'm soo glad we had a little family break away together before term ended because it seemed to rain for about 5 weeks.
Along with this, and I'm really not complaining here - I've had my busiest two months yet, joining Not On The High Street has helped my sales and I have had several new wholesale orders. As we both work from home we've juggled childcare between us, worked when we could and got out and about a bit too.
This little den helped to while away many a happy hour, and gave me a bit of catch up time :) 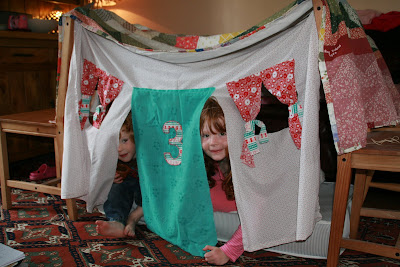 A tiny but magical little thing happened too, last year the little Shepherds gave me this orchid for my birthday. It flowered from July 'til November. I don't know a thing about caring for these plants, when all the flowers dropped I was left with three leaves and a twig but I kept watering it every now and again, then this Summer it flowered again and by my birthday it had twelve blooms. I'm hooked now! 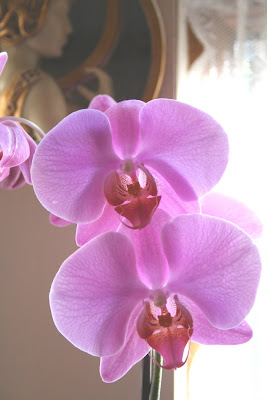 Between raindrops and Dr.s appointments we spent as much time in the garden as possible. The potatoes did well, and my sister in law gave me some lovely sacks for my birthday - she knows me so well! 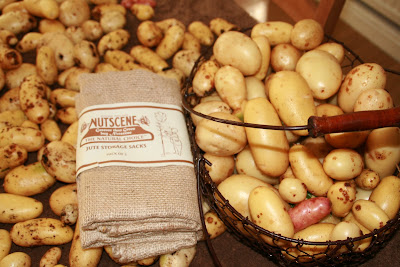 So those are the reasons for my absence. Now that the kids are settled in Nursery and Year 1 (!!) things are just about back to normal. What have you been up too? Do tell....

Email ThisBlogThis!Share to TwitterShare to FacebookShare to Pinterest
Labels: holiday

Time goes so fast doesn't it - I have one in Year 2 and one in Reception now. Eeeeeeek!! I might have to chat to you sometime about NOTHS :)

Hello you! Drop me a line any time :)

Sound like you have a great ime off.
So do you think NOTHS works, only I have been asked to put my cushions on there, but wasn't sure if the outlay would get the sales in.......Kx

NOTHS works for me, just consider all of the costs inc postage and whotnot x

This blog is good.